Home House Frozen Pipes? What To Do Now?

There are few things more anxiety-inducing than the prospect of frozen pipes in your home. The thought of what they might lead to; pipes bursting (because when water freezes, it expands and therefore puts additional pressure on the walls the pipe) and ultimately flooding, is even more of a worrying thought.

Indeed, when you consider that – according to the Association of British Insurers

– the average home insurance claim for burst pipes comes in at a staggering £8,900, you can understand why it’s so important to tackle your frozen pipes, and tackle them early.

Fortunately, if you catch your frozen pipes early, then there are ways of tackling the issue before it develops into anything more problematic. Pete Lourde, from one of the UK’s pipe insulation specialists, Pipe Lagging Ltd, spoke to us about the steps to take should your pipes freeze in the cold.

How Do You Know If Your Pipes Are Frozen?

First, though, how do you even know when your pipes are frozen? Well, there are two telltale signs to look out for: firstly, is there any water actually coming out of your taps when you turn them on? If not (and if your neighbors still do have water flowing) then this is usually a major indication that your pipes are frozen.

Another (fairly obvious) sign that your pipes are frozen is when you can actually see frost on any pipes which lie exposed. You might also notice some unpleasant smells emanating from your pipes if they’re frozen. Your central heating may well make a sort of gurgling sound when it’s turned on, as well. Next, then, what do you do once you’ve identified your pipes are frozen?

How To Deal With Frozen Pipes?

Firstly, you need to twist your (internal) stop tap. The stop tap does exactly what it says on the tin – it stops the supply of water into your home. It can usually be located underneath the sink in the kitchen.

Once this is done, you can then (and only then) start working on thawing out your frozen pipe(s). At this point, you also want your taps to be turned open, so that when the frozen pipes start to thaw, the melt water can more easily flow out. The main thing to remember is always tackle your frozen pipes with care, patience, and to do it slowly.

To try and thaw out your frozen pipes (which is the preferable solution) you can either use something like a hair-dryer (making sure to keep it on the lowest setting) or hot-water bottles with only moderately hot water inside.

A portable space heater or upright radiator can also work well for this purpose. Never apply direct heat to your frozen pipes, because this can do more harm than good, and cause significant damage to the pipes in their frozen state. If you’re in any doubt as to how to thaw your frozen pipes, British Gas has put together this handy explainer video which takes you through the process, step-by-step.

How long it takes for the pipes to thaw very much depends on the severity of the freezing, however as a general rule, it will take around thirty minutes of heating (using one of the methods listed above) before the pipe has thawed sufficiently.

At this point, you can then test out the pipe again, so turn the stop tap valve back to its previous position, so that water is flowing back into the house again. You’ll know if the pipe has thawed properly if the water pressure seems back to normal.

What If You Can’t Reach The Frozen Section?

If you can’t access the section of the pipe that’s frozen (or can’t find it) then your best course of action is to call in a licensed plumber. Though it can be tempting to try and fix the problem yourself – especially from a cost perspective – trying to tackle a pipe that you struggle to access can lead to more problems, which will end up costing you even more money than you would had you got in touch with a plumber initially. So, if you’re able to, then use the DIY heating/thawing method, but if you’re in any doubt, then call someone in.

Other Tips And Tricks

Another tip, either to help thaw out your frozen pipes or to stop them from freezing in the first place, is to use something called thermostatically-controlled heat tape. This (relatively) inexpensive adhesive tape can be applied to the exterior of your water pipes, and simply plugged into a socket to help heat your pipes up. This acts as both a pretty safe and quick way of thawing out your frozen pipes.

Insulating your pipes and water tanks (if they’re not already) is a great way to stop your pipes from freezing, as is leaving your heating on (even if it’s just in an eco mode) so that your pipes never drop to a temperature at which they might risk becoming frozen. Finally, make sure you use your taps regularly; a pipe which has water regularly flowing through it is less likely to freeze than one that’s out of action for months on end. It might seem an obvious thing – obviously I’m going to be using my taps? – but that’s not always the case if it’s a tap in a utility room or guest en-suite or something similar. 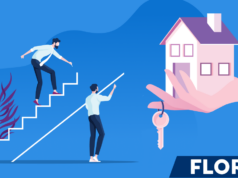 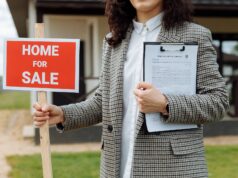 Is Buying Real Estate in Florida a Good Investment in 2022 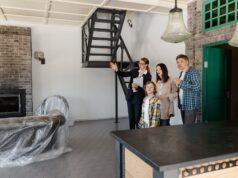 6 Trends That Will Dominate the Housing Market in 2022 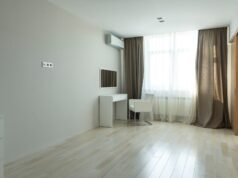 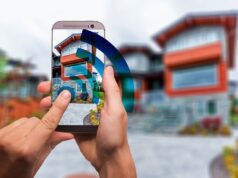 Turn Your Home Into a Smart One